Those who do not learn history are doomed to repeat it

In 1887, Joseph Sanger Jr., then secretary and treasurer of the Railroad Yardmasters Association, attended its annual convention in San Francisco. At that meeting a group of railroad officials, presumably from the Southern Pacific line, informed him that they had named a town in Fresno County for him. At that time the town was being surveyed. Joseph Sanger never saw the little spot in Fresno County named in his honor.

Like many other communities, the actual date of our beginning is hidden in obscurity, as records are incomplete. Centerville had been establish as the village of Scottsburg in 1852 and named for William Y. Scott, second sheriff of Fresno County. This little settlement of early pioneers had headed to California in the mad rush for gold in the early fifties, only to turn to stock raising and farming along the rich bottomland of the Kings River. Before the settlement was renamed Centerville in 1868 it was washed away twice in the heavy floods of 1861-62 and 1867-68. From the original location in Moody’s Slough the village was moved to higher ground, first to a point three-quarters of a mile from the present site of Centerville and later to its present location. So years ago, Centerville, our neighbor three miles to the east, was rated the second largest community in the county and held a strong position politically, while the present site of Sanger was merely a desert. But with surveying of the present site of Sanger, and the coming of the steel rails, Centerville people began to move. So, in 1888, with the rails laid between Fresno and Porterville and the “Sanger Junction” established, Centerville people and hardy pioneers from the nearby hills were settling along the railroad. 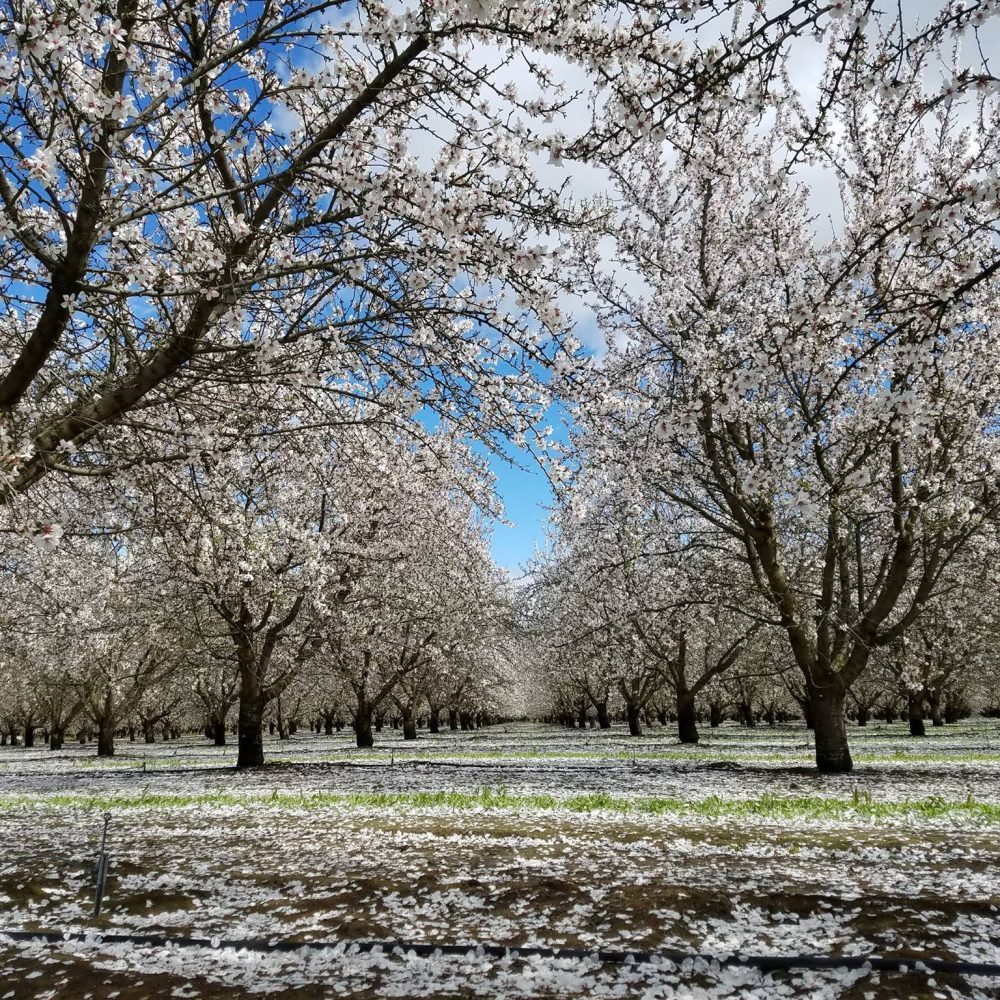 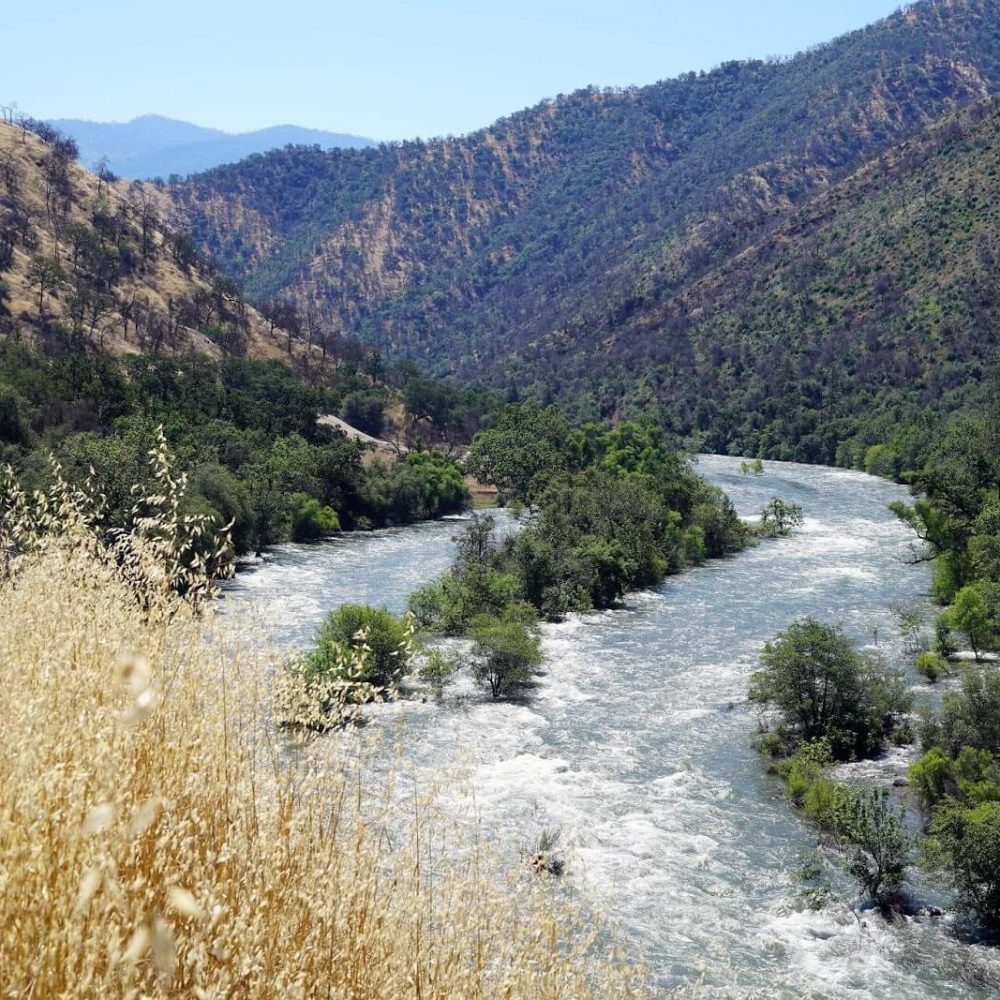 The opening of the railroad line for traffic in 1888 gave the new Sanger a healthy start. Families moved into the new settlement from all directions to secure work in the lumbering industry, which was doubly important because of the completion of the rail line and the construction of the world’s longest lumber flume, with its terminus at Sanger. Lumbering in the neighboring hills was not a new industry, but with the construction of the flume from Millwood and Converse Basin, the settlers became lumber conscious and were soon joined by others with similar interests from throughout the United States.

It is recorded that Charles P. Converse, for whom Converse Basin is named, established a mill there as early as 1860. The Smith and Moore Company, who built the flume, were established in a mill long, but lumbering on a large scale was not accomplished until the completion of the flume in 1890.

Supplied with necessities and luxuries of life, the town’s business section sprung up almost overnight and soon Sanger boasted thirteen saloons, an occasional business house, and a population of five hundred. These business houses included a meat market with its racks in front of the shop where carcasses were hung to cool; a general merchandise store, which served indiscriminately the hardware-minded and the fashion lover; a drug store that displayed the traditional huge bowls of colored water in the windows; barber shops with public baths; chop shops and blacksmith shops. There were no churches or schools here until the early 1890’s, and the few houses built prior to that time stuck out like sore thumbs on the unbroken, level land that had previously been covered with grain. However, with the increasing number of employees from the flume and lumber mills demanding housing, there was soon hammering on all sides of town as everyone who had the slightest knack for carpentry began erecting small wooden structures.

The various periods through which this area has existed, namely the ages of gold, lumber and agriculture, are not clearly defined and are inclined to overlap.

With the abandonment of the lumbering industry, agriculture took its place as the chief industry and many started setting out their land in grapes and citrus fruits. It was as early as 1866 that Mrs. W.B. Hazleton planted the first orange tree as the start of one of the largest citrus groves in the surrounding territory. Shortly after the town of Sanger was founded, J.T. Walsh set out the first vineyard that increased through the years to cover many acres of fertile land.

The transformation of Sanger from a small, blustery western settlement to a modern city was not an overnight change. Sanger of today has weathered conflicts over a number of drastic changes. One of the earliest feuds was concerning the question of whether the town should be built on the east or west side of the railroad. Not only verbal battles were indulged in, but often fistfights were the outcome of this argument. Despite the fact that a number of homes and stores were already erected on the side toward the foothills, the town rapidly grew toward the west.

Many problems arose during the town’s growth and development, and these were met and solved by the strong will of the pioneers who settled here. Early law and order was kept by county officers who doggedly fought against “self-made laws”. A city government ruled by a city council was established in 1911 at the time of the town’s incorporation. Sanger has successfully passed through several phases of industry and is now the center of the state’s richest and most diversified farm sections.