The General Grant Tree was fittingly named the Nation’s Christmas Tree because of its age and size. It stands in Grant Grove of the Kings Canyon National Park.This monarch in both age and stature has stood for an estimated 2,000-4,000 years and has grown to the height of 267 feet. The General Grant Tree was officially dedicated as the Nation’s Christmas Tree on April 28, 1926 by the United States Department of the Interior.

Congress, by public law 441, made the General Grant Tree a National Shrine on March 29, 1956. Fleet Admiral Chester W. Nimitz, personal representative of the President of the United States, officially dedicated this tree on November 11, 1956 as a perpetual shrine to our nation’s war dead, during a special ceremony at the base of the tree.

Please Note: The 2020 Trek to the Tree is Cancelled Due to COVID-19 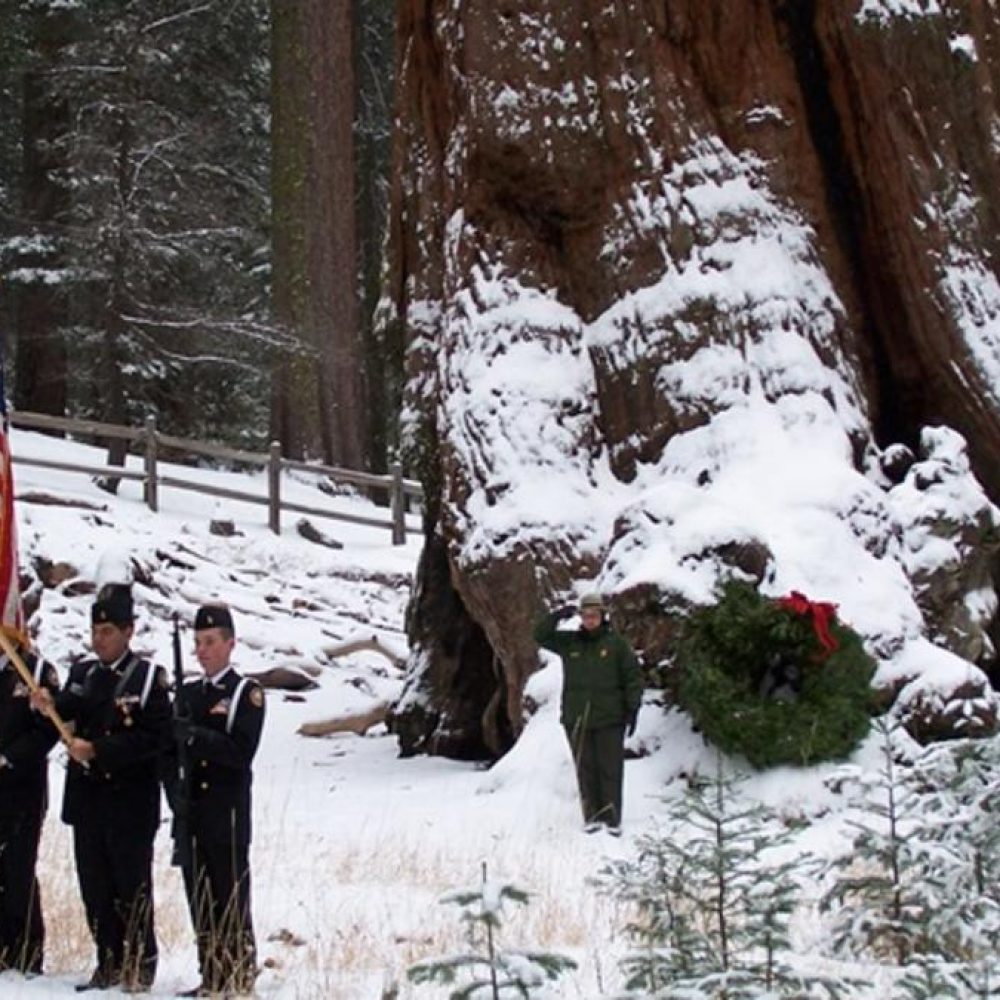 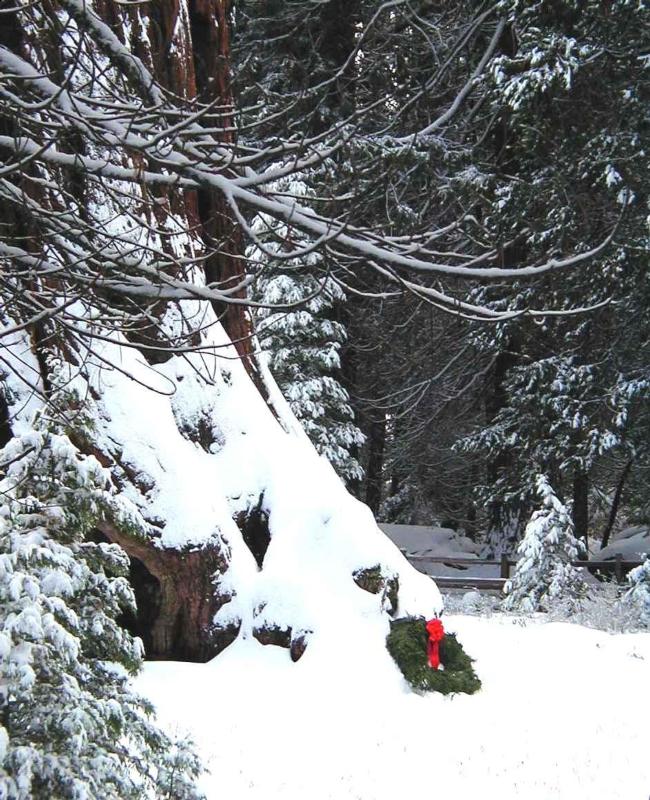 He approached a huge tree, stopped, and stared in awe at the enormous tree. As he stood looking at nature’s masterpiece, a small girl approached. After a moment of complete silence she said, mostly to herself, “What a lovely Christmas tree that would be.”

She then turned and ran off into the grove. They never learned her name, but they couldn’t forget her words.
The following Christmas, Senior, Lee, and some friends trekked over what was then a snow covered dirt road to the park. They placed some flowers beside the tree and held a short service.

Ever since 1926 these services have been an annual event. The service concludes the Christmas Festival Celebration in which the citizens of Sanger and people from all over the world join in stimulating the spirit of “Peace on Earth, Good Will To All Men”. Each year the crowds gather, they sing, pray, and pay tribute to this wonder of nature.

The massive giant is large enough to produce enough lumber to construct thirty-five, 5 bedroom homes.  The tree stands 267 feet high, its lowest branch is 130 feet above the ground, and the circumference of its trunk is 107 feet.

The service IS ALWAYS held on the second Sunday in December at 2:30pm at the base of the General Grant Tree in Sequoia-Kings Canyon National Park. Bus services are available from the Sanger Chamber of Commerce. All buses will have a host/hostess on board and coffee and pastries will be available before boarding.   For bus options, bus prices, reservations or information please call the Sanger Chamber of Commerce at (559) 875-4575, or fax to (559)875-0745, or write to us at 1789 Jensen Ave., Ste. B, Sanger, CA  93657 Jensen Ave., Ste. B, Sanger, CA  93657.  You can e-mail us at sangerchamber@gmail.com.  Please check with us on November 1st for the exact prices of the bus trips. MasterCard, VISA, checks, or money orders are accepted. 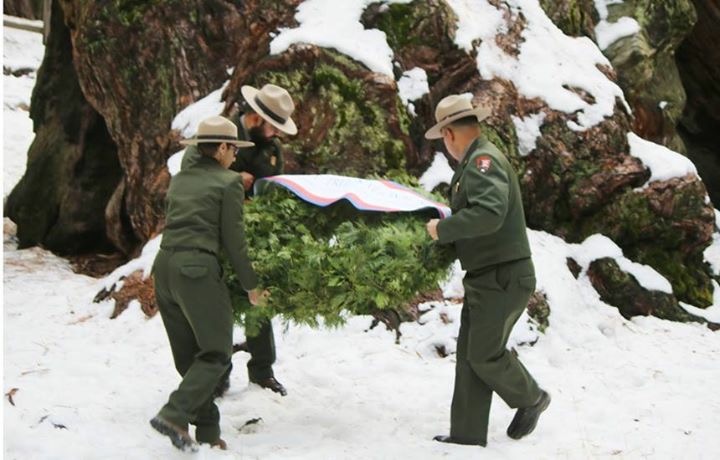 Due to the heavy traffic in the Park and very limited parking space at the tree, it is strongly suggested that you come to Sanger and ride the chartered buses up to the park.

For weather and road conditions please call the Park Service at, 559-565-3341 ext. 941 or 942. Chains may be required at any time so please be prepared for winter weather conditions. Bus reservations will be taken starting November 1st and can be made by calling the Chamber office.

Please Note: The 2020 Trek to the Tree is Cancelled Due to COVID-19

CANCELLED due to COVID-19

As of 12-1-20: The 2020 Toyland Parade and the 2020 Trek to the Tree are canceled due to the COVID-19 Pandemic. We are devastated to share this news with you. We are here for you and support your local business. Connect with us on social media for updated information @sangerchamber

You have Successfully Subscribed!